This time, I’m going to give you an explanation and discussion of Sano Manjiro/Mikey, from Tokyo Revengers, including his profile.

Sano Manjiro is a character that represents the Tokyo Manji Avengers. He is the president of Tokyo Manjikai. The Manji/卍 is thought to be the Manji/卍 of Manjiro.

The main character of the Tokyo Manji Revengers is Takemichi. However, since there is a 卍 in the title, Tokyo Revengers is about Mikey and the other forces.

We won’t know how the author will handle it until we see the ending. The character could practically be the main character behind the scenes.

He is the leader of the Manji-kai, who is said to be the strongest and most charismatic. Incidentally, the reason for the nickname is that when his sister-in-law Emma became a family member, he bought her an English name out of concern for her.

His character is innocent, for better or worse.It is said that he is badass but not evil. In his private life, he has a childish side. His friend Ken Ryuguji (Draken) is always taking care of him.

He is willing to sacrifice himself in order to protect his team and his friends. He also has the guts to forgive his immediate family. But on the other hand, his mentality is on a dangerous balance. Once his heart is broken, he cannot stop.

He wants more than anything for his friends to be happy, but he has few goals of his own and few relationships with women.

He is agile and has excellent blinding power. As Mikey the Invincible, he is the strongest and undefeated character in the series.To compensate for his size disparity, he likes to use kicking techniques, and his power is like a nuclear warhead. He is said to have the power of a nuclear warhead. However, his arm strength is not that great.

She has lived with her grandfather since she was a child. She has a half-sister, Emma. He adored his older brother, Shinichirou, who was a substitute parent, but Shinichirou died when he was 12 years old. Mikey is later affected by this and goes on to ruin.

Mikey’s appearance is distinctive. He is the leader of the biker gang, yet he has the most petite build. The author takes care to draw him in a way that makes him beautiful.

He has a variety of hairstyles. Initially, it was blonde, but later it became pink-gold in the original story. In the anime, he has bright blond hair.The adult form also varies. All back or short hair. She also got a tattoo.

Tattoos are going to be popular in Japan because of Tokyo Revengers.

Mikey in the live-action version

It’s a great role for him.

I think there are several character types of Mikey.

Here are some of the characters I can think of.

Taku on a suicide mission: Marbo-kun

When we talk about Yankee characters, we should not forget Taku of Kamikaze.Among them, Ma-Bo-kun looks exactly like Mikey in terms of his position in the play and his strength. He is probably one of the most influential models.

It may not look like him, but his fighting ability and dangerousness is similar to that of Killua. This kind of character is really popular.

Meliodas is similar to Killua in that he is short, strong, and irreverent.

Last but not least, there is another character similar to Mikey, Atsushi Tanzawa. This is also a popular Yankee manga. They are very similar in strength and style. And I think Atsushi Tanzawa was probably influenced by Marbo-kun. That’s how similar the characters are.

When he made his debut, Takayuki Yamada was such a beautiful boy that he was mistaken for a girl. He has a beard, but he is a character that is similar to Mikey.

As mentioned above, Mikey is a fascinating character with many similarities.

However, it is not only his actions that make him unique. What makes Mikey appealing is his relationship with the characters in the play and the various conflicts he faces himself.

The smell of darkness and death that makes Mikey shine

Mikey has a darkness.It is a darkness, but it is also an important element that makes him shine.

So far, Mikey has met his demise in almost every future. Takemichi’s goal is to save Mikey.

Why does he follow such a catastrophic route all the time?

Mikey has always had an eccentric personality and talent. However, he was greatly affected by the absence of his parents and the death of his brother-in-law, Shinichiro Sano. His brother was the only one who could stop Mikey from running wild.

As a result of this loss, in the story of the Tokyo Revengers, it can be said that Mikey has caused various hardships to Takemichi and the other members of the Manjikai.

What if Shinichirou is still alive?

If Shinichiro had lived, most of the major Tokyo Manjikai characters could have found happiness.

Mikey’s path to nothing but ruin.

Let’s dig a little deeper into the discussion.

What I’m wondering is how Mikey is going to be saved.

It’s sad that no matter what Mikey does, the character is basically only headed for destruction. Mikey has a character design that makes it really difficult for him to be happy.

I can’t imagine Mikey doing anything other than being a general manager or an underworld boss in the future. Also, it’s hard to see any kind of foreshadowing.

For example, I can imagine Draken owning a flower shop. Draken has kindness at the core of his being, so it seems natural that he would love flowers as a setting. It’s that kind of persuasive power.Or the other members of the group have a “normal person” thing going on inside them.

But Mikey is the only one I can’t imagine at all.

I can’t imagine Mikey working for someone else or working in a normal job at all.

Or being the president or head of a company? Mikey has charisma, but he can’t manage. He’s not the type to be out in the open, so he still needs the support of Kisaki and Draken. After all, he’s like a fixer in the dark.

As for the main point of the story, I am very curious to know when Mikey as a “normal person” will appear. I think that will be a big point.

It’s possible that he will run a joint business with Draken, or take over his grandfather’s dojo. That’s the future I can just barely imagine. He doesn’t have the dexterity to run a motorcycle shop like Shinichiro. In other words, he probably can’t do anything by himself. This is one of the main reasons why he often becomes a minefield in the play.

In fact, in order for Mikey to be truly happy as a person, what he needs to do is to break free from the codependency, hunger and craving of youth, and become an independent and self-reliant person like Shinichiro, a normal citizen.

Only then will Mikey be able to be truly happy as a person. But so far, I can’t picture that at all, and I can’t see any foreshadowing that would make me expect that. That’s the scary thing about Mikey.

Perhaps Takemichi is the one to save Mikey. But will that really lead Mikey to a happy future?

Happiness is not about getting Shinichirou, but about him reaching the same state as Shinichirou on his own.

Will Mikey be able to grow up, shake off the darkness and become Shinichirou? I think it would be interesting to pay attention to that aspect of this Mikey character. 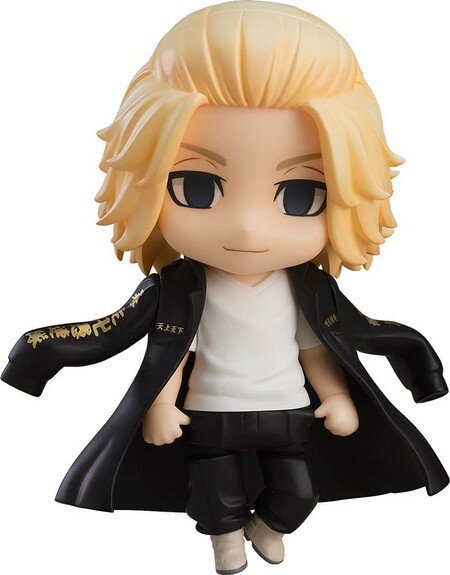